Maryland – HB 293 and SB 200 are reintroductions of legislation from last session. As introduced last session, they sought to
prohibit a person from sponsoring, conducting, or participating in certain organized contests that have the objective of hunting or
killing certain wildlife for prizes or monetary awards. As written, this could have negatively impacted field trials and other AKC
sanctioned events. AKC GR and the Sportsmen Alliance worked to amend the bill to exclude lawful dog training or dog
competition events. HB 293 and SB 200 were introduced this year with the amended language included. HB 293 was passed by
both chambers with AKC’s amendment and became law on June 1.

Maryland – HB 1080 / SB 760 sought to authorize the filing of a petition against an owner or custodian for reasonable costs of
caring for a seized animal, including the provision of food, water, shelter, and medical care. The bills limited costs to $15 a day per
animal plus reasonable costs for necessary veterinary care, but also provided for forfeiture of the animal for failure to make the
required payment. AKC GR met with the sponsors to express concerns that the bills allow for the forfeiture of animals with no
mechanism to have them returned to an individual who is found not guilty or has charges dropped. GR also provided written and
oral testimony in opposition of the bills during public hearings. Neither bill received further consideration from their respective
committees prior to the end of the session.

Maryland – SB 103 is a reintroduction of legislation from last session which originally sought to regulate the Internet sales of
animals by pet stores. The original language concerned many who use Facebook or other social media “brag” pages to showcase
their dogs and puppies for sale. AKC GR worked with the sponsor to amend the bill to protect hobbyists. It further clarified that a
pet store does not include situations where animals are sold at establishments where they were bred, and the buyer and seller
are both present during the sale or transfer. SB 103 was introduced this session with the same amended language. It was further
amended to develop a task force including AKC representation to study the sourcing of pets used by pet stores and broker
entities. The bill became law on June 1.

The Maryland House Environment and Transportation Committee has voted to not approve HB 501, a bill that as introduced would have amended the state’s tethering laws and ban dogs from being left tethered outdoors unattended for more than 30 minutes when the temperature is below 32 or above 90 degrees Fahrenheit.

The AKC offered amendments to the bill as introduced, noting that HB 501 did not take into account that certain breeds thrive outside these temperatures, nor did it consider that some breeds require a more moderate climate and even 30 minutes in temperatures permitted under this proposal could jeopardize the dog’s health. The AKC recommended that this measure be clarified to state instead that a dog should not be left outdoors in conditions where the health and safety of the dog is in immediate danger.

Ultimately, the committee gave the bill an unfavorable report, meaning the bill will not advance this year.
AKC thanks the Maryland dog owners who reached out to legislators and the committee on this bill and communicated how it would impact your dogs. AKC and our local clubs look forward to working with the sponsor and General Assembly on positive solutions to address their concerns and protect dogs in Maryland.
For more information on this bill, please view our previous alert.

THIS IS A MARYLAND LEGISLATION ALERT!!! WE NEED TO OPPOSE!

As a member of the Responsible Dog Owners of Maryland, Inc. we need you to take immediate action – this is a time sensitive request!

Legislators in Maryland will be addressing HB135 and SB152 on January 31, 2019. which could cause an owner to permanently lose their animals.

This pending legislation affects loss of ownership of animals when they are suspected of cruelty – even if they are found not guilty. The Responsible Dog Owners of Maryland Inc, in conjunction with the American Kennel Club agree that anyone found guilty of cruelty should be punished appropriately, including being responsible for the care of animals seized. However, under Senate Bill 152 and House Bill 135, a person could lose their animals forever just for being accused of cruelty unless they pay monthly fees (as determined by the agency that seized the animals) for the boarding of animals for the duration of the trial and any appeals.

These requirements imply the guilt of an individual before a conviction has been reached and is likely to legitimize if not increase frivolous accusations and harassment of breeders and multiple-pet owners by anti-breeder radicals. Therefore, we strongly OPPOSE this pending legislation.
The AKC has provided a template and links for all of us to express our opposition.  AKC Government Relations Alert: https://www.akc.org/legislative-alerts/maryland-ask-committees-oppose-bills-infringing-ownership-rights/

It will take you less than 10 minutes to OPPOSE this pending legislation. This could affect all of us.

The following talking points will help you argue your opposition. 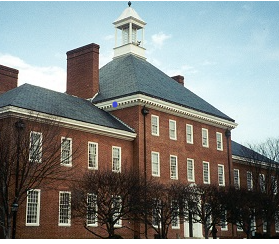 Abstract: Prohibiting retail pet stores from offering for sale, transferring, or disposing of cats or dogs; repealing certain provisions of law that authorize the sale of certain cats and dogs and set forth the requirements for a retail pet store that offers to sell certain cats or dogs under certain circumstances; stating the intent of the General Assembly that animal welfare organizations initiate contact with retail pet stores to facilitate the showcasing of dogs and cats for adoption or for purchase from local breeders; etc.
Status: Approved by the Governor - Chapter 237 - 04/24/2018https://mda.maryland.gov/AnimalHealth/Pages/Pets-Non-Reg-Species.aspx
Notes-2: http://www.cqstatetrack.com/texis/redir?id=5a7d3c9b98&rtype=status&sid=49bfae79bc